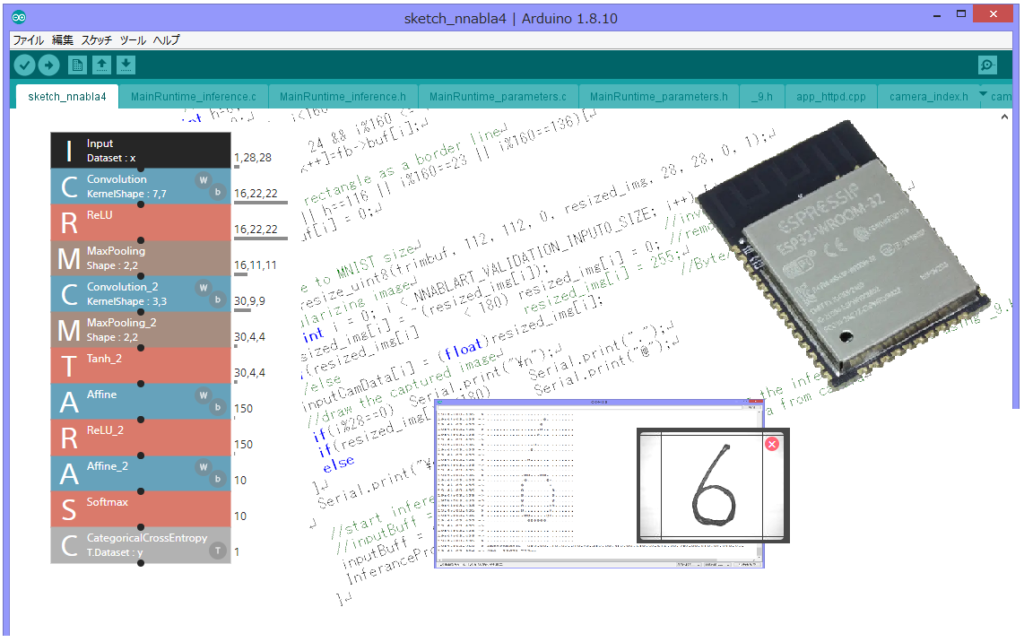 Now you see some projects that require AI technology such as deep learning and/or machine learning under the condition of the decline of the microcomputer device cost.

The dominant language for AI is complicated Python. A lot of information is based on Python. And enormous CPU power is required to build a large neural network, and it is impossible to do this with only a small microcomputer. Of course, some embedded microcomputer systems have large ROM / RAM and run an OS such as Linux, Android, Windows, etc. to use Python. But these large systems are the same as PCs. Since our target is Arduino microcomputers, so we don’t put focus on the details regarding Python in this course. 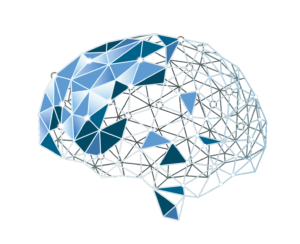 Most of the people who take this course have touched the microcomputer, and those who can do something like blinking a LED and can read the manuals. So, I can provide a guideline to those who are new to deep learning and wondering how to start designing with simple microcomputers. The goal is to understand the process to design an application which equips AI functions in it that fits within a small one-chip microcomputer capability. To train the neural network itself should be done on a PC beforehand, then you can use the inference engine part for a microcomputer. With this technique, various things can be applied even with low power microcomputers. In other words, I will tell you the best shortcut to have microcomputers obtain AI functions, although there is a huge difference between large computers and microcomputers in its capabilities. 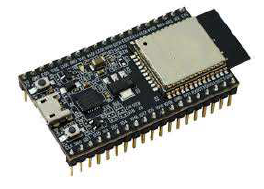 Therefore, as a microcomputer, we will target Espressif’s ESP32, which is rapidly spreading in the IoT field. As an Arduino microcomputer without using ESP-IDF, we will adopt a method of implementing AI functions in the Arduino integrated development environment (IDE). If you use ESP-IDF, you can use all the detailed libraries, but it requires a great deal of effort to implement the software. On the other hand, in the Arduino environment, the libraries are well categorized and organized into a level that does not cause any problems in normal development, making it a development environment that is easy to use even for beginners of microcomputers. In addition, many textbooks have been published, and to develop programs with Arduino has become a practical standard. To use Arduino IDE must be the shortest route for microcomputer engineers to learn the technology necessary for installing the AI function without being involved in extra trouble and to actually experience and feel it. 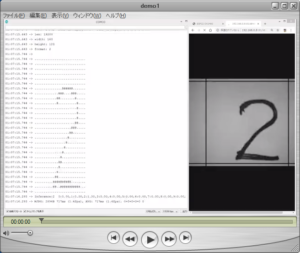 You will see that ESP32 is judging the handwritten digits continuously and the inferred result is on the serial monitor.

This course is a textbook that summarizes the three courses of software classes offered by IT-STYLE. The course is about 6 months in the classroom. Since this is not a face-to-face classroom, it is configured to operate as it is as practical as possible, so it can be completed in about 20 hours at the minimum.

Windows8.1 or later version is required.

The textbook sample is available for your reference.

※On the payment page, you can download a zip file including a pdf textbook, sample programs and libraries.

※To actually operate it, you need to purchase a microcomputer board (M5Camera , about USD15.) separately. 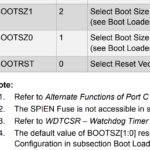 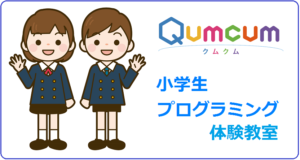